Previous Next
How Bad Headlines Can Hide Good News 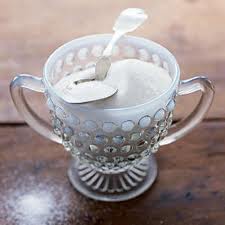 Sensational headlines rule the press, always have. Many journalists sprint to their keyboards with the latest science report or medical press release, without speaking to any experts about it, or even reading the full reports. And other times, there’s just a bad headline that goes viral, sometimes misleading the public. This is especially of concern when the press attempts to interpret information that, in the days before the Internet, was only intended for professionals.

The American Academy of Pediatric’s abstract: “Snacks, Sweetened Beverages, Added Sugars, and Schools” was published online on February 23rd. Afterward, headlines read: “Sugar can be a ‘powerful tool’…” by Food Navigator. Probably not the best headline, although reading on you’ll see “moderation is key” in the article. They were bringing to light the idea that flavor-enhancing sugars, sodium and fat, can be used “strategically” to enhance the palatability of foods for a healthy diet, but many only read the headline. The US News headline was a little better with “A little fat and sugar is ok if diet is healthy…”. 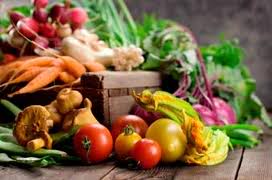 It’s unfortunate that consumers read these headlines and get caught up in all of the hype about them on social media. I miss the days when lay people turned to their doctor, and trusted him, for medical advice. Now they trust anyone who tweets.

As the most recent issue of National Geographic poses – Is there a war against science? Instead of just listening to your pediatrician or dietitian, or some other highly trained expert on any given science-based topic, people seem to want to take matters into their own hands. In my opinion, the popular press has encouraged this mistrust by printing sensationalized, and often misleading, headlines.

One thing’s for sure – added sugar remains a hot button and misunderstood issue. I’ve heard everything from “I highly disagree!” to “parents shouldn’t put sugar on broccoli” in response to the AAP statement. I don’t think anyone’s putting sugar on broccoli, but there are other ways sugar does enhance the flavor and enjoyment of food.

Sugar in My Family’s Diet

For instance, my kids enjoy Key lime and Vanilla yogurt. They burn lots of calories, they are not overweight, they were highly active as youngsters, and they don’t need or want plain yogurt. But they still benefit from the calcium and protein, and other nutrients the sweetened yogurt delivers. Another example – Only 2/5 of us like carrots. I’m not into juicing, but I could make a delicious carrot soufflé to go with dinner. They’ll gobble it up, benefiting from the fiber, beta carotene, etc.

I’m sure that’s one reason someone invented carrot cake – “Hey I have all of these carrots from the garden that nobody’s eating!”.

I put some sort of sweetener (white sugar, brown sugar or maple syrup) on my oatmeal, because I prefer the taste that way, and I’m not worried about the 8 grams of sugar and 32 calories that I’m adding. The oats outweigh them.

Breast milk is sweet. It’s human nature to accept sweet over sour. (A reason we always suggest offering vegetables before fruits to infants- to get them used to the bitter, bland flavors. But anyone who has fed a baby knows they love those bananas the first time!). Its my professional opinion that a parent’s role is to offer variety, not withhold, so children can learn to self-limit. The AAP is not suggesting we offer added sugar with abandon.

Read More About It

If you are really interested in what the AAP is saying about added sugars in children’s diet, read more about it the whole report, not just the newsy headline. Here are some key points:

“A good diet is built on highly nutritious foods from each of the main food groups,” said Robert Murray, M.D., FAAP, lead author of the policy statement, “Snacks, Sweetened Beverages, Added Sugars, and Schools,” published in the March 2015 Pediatrics (released online Feb. 23). “No ingredient should be banned. A small amount of sugar or fat is ok if it means a child is more likely to eat foods that are highly nutritious.”

“Children, like adults, often want their own preferred flavors and textures during meals and snacks,” Dr. Murray said. “It’s no secret that brown sugar on oatmeal, or salad dressing with cut vegetables, can make these healthy foods more palatable to children, and increase their consumption. This is not a license to give kids anything they want; we just need to use sugar, fat and sodium strategically.”