Previous Next
Sodium and Saturated Fat: The Proposed Dietary Guidelines 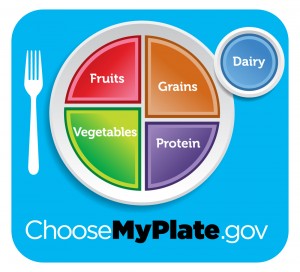 Fat, sodium and sugar will be hot topics this year. They are reviewed in “Chapter 6” of the 2015 Dietary Guidelines proposal (Cross Cutting Topics of Public Health Importance), and there is quite a bit of disagreement among doctors, dietitians, and self-proclaimed nutrition experts.

Luckily, the Dietary Guidelines Committeen(DAC) is a smart bunch, who are aware of all of the strong evidence that exists (randomized controlled trials) about these nutrients, as well as systematic reviews and metaanalysis on the topics. So despite what you may read about adding butter to your coffee or extra salt to your food, the DAC has evidence that this continues to be a bad idea.

What is the relationship between sodium intake and adults? The DAC concluded that there’s strong evidence (including DASH clinical trials) that most adults benefit from a lower sodium diet. There’s moderate evidence showing that the lower the sodium intake, the more significant the blood pressure lowering (1500-2400 milligrams daily). There’s also moderate evidence that children have a similar benefit. The average sodium intake in the U.S. is 3467 milligrams daily.

On the other hand, there are limitations to the evidence that sodium plays a role in heart disease itself. But, the DAC also recommends a reduction in sodium added during processing stating ‘“The FDA should expeditiously initiate a process to set mandatory national standards for the sodium content of foods”.

Potassium: What effect does the interralationship of sodium and postassium have on blood pressure and cardiovascular disease outcomes?

While popular thought is that potassium is an important part of heart health, the evidence is limited that potassium helps reduce stroke or lower blood pressure. Hopefully food companies will eventually respond with lowering sodium levels, so that healthier convenience foods can be enjoyed.

Since much of the monounsaturated fat contributed to the average American diet comes from animal fats, there’s only limited evidence that plant sources of monounsaturated fat (olives, olive oil, avocado, nuts) reduces risk. The overall recommendation is to maintain an upper limit of 10% of total calories from saturated fats.

A sensible goal would be to include a variety of plant oils in your diet, as well as nuts and avocados, and limit the amount of animal fats used.

“Individuals are encouraged to consume dietary patterns that emphasize vegetables, fruits, whole grains, legumes, and nuts; include low- and non-fat dairy products, poultry, seafood, non-tropical vegetable oils; limit sodium, saturated fat, refined grains, sugar-sweetened foods and beverages, and are lower in red and processed meats. Multiple dietary patterns can achieve these food and nutrient patterns and are beneficial for cardiovascular health, and they should be tailored to individuals’ biological needs and food preferences.”

Next week – I’ll review the sugar and artificial sweetener aspect of the committee’s review.