Eating Your Way – Is it Okay?

Previous Next
Eating Your Way – Is it Okay?

This year’s National Nutrition Month® theme states to “Eat Right, Your Way, Every Day”. I think this is a great slogan. Many folks however, may ask: Does eating right allow treats like salty snacks or sweets? Or fried food? I say yes, as long as “your way” includes some portion control and balance. 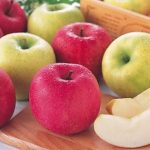 Unfortunately, some people tend to think in black and white terms when it comes to sweets or other foods that should only be eaten occasionally. Sugar is considered an “empty calorie” (void of nutrients). If an overweight client reports a high sugar intake, I surely will suggest they reduce their intake of sugar as a first tactic toward calorie reduction, but sugar isn’t the only calorie that counts, nor is it the only consideration when evaluating a person’s diet. Yet the media continues to publish sensationalized news stories that suggest that sugar is your biggest problem, misleading consumers to think that any amount of sugar is “bad”. 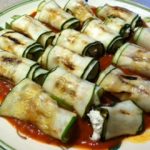 I have an issue with this, because I feel that normal eating behavior (or “eating right”) can include a variety of foods, none of which should be considered “bad” or make a person associate guilt with eating them. Sure, healthy eating should include as many fresh foods as possible, including lots of fruits and vegetables, and provide adequate supplies of essential nutrients (in which sugar is not), but don’t be misled by every headline. Even sugary cereal can be a 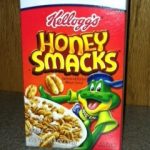 n okay indulgence, as long as it’s not a staple on your shopping list (for years, I used to tell my children that we could only buy a certain “leprechaun cereal” during the month of March (ironically National Nutrition Month). But this made it a special treat and something to look forward to. They’d enjoy it, sometimes twice a day, and then be over it when the box was empty).

A recent AP article misled readers by implying that sugary beverages don’t just add calories but may change brain chemistry. The article also suggested that the population should ‘limit fructose and high fructose corn syrup’ (HFCS) as a way to combat the issue. The small study used magnetic resonance imaging, or MRI, scans to “track blood flow in the brain in 20 young, normal-weight people before and after they had drinks containing glucose or fructose in two sessions spaced several weeks apart.”

Much of the nutrition and medical news you read each week is very misleading, because a person uninvolved in the research may report some aspect of a study, without analysis. Let’s take a more analytical look at this article which contained all sorts of misinformation:

MISLEADING: “Fructose, a common sugar found in the U.S. diet…”

FACT: Fructose is not a common sugar in the diet, and in fact, pure fructose is rarely used, although you will see it on the ingredient list of some packaged foods. The fructose-sweetened and glucose-sweetened beverages used in the study are not available on the US market.

MISLEADING: “After drinking a fructose beverage, the brain doesn’t register the same feeling of being full as it does when simple glucose is consumed, scientists found.”

FACT: Fructose itself is metabolized differently than sucrose or HFCS, but our market does not offer fructose or glucose sweetened beverages like those used in this study (fruit juice is primarily fructose-sweetened naturally).

MISLEADING: The article also went on to imply that high fructose corn syrup is a “relative” to fructose.

FACT: This implies that they are very similar. Fructose is not sucrose, nor is it high fructose corn syrup. HFCS is no different than table sugar (sucrose) when it comes to how our body metabolizes it. Beverages sweetened with either HFCS or sucrose do not compare in any way to those that would be sweetened with pure fructose.

So the key flaw in this particular study, is that the beverages used are not those typically consumed by the American population: one fructose-sweetened, one glucose sweetened. In the presence of glucose, fructose does not take the same metabolic pathway, so there is a difference between the metabolism of pure fructose versus a fructose/glucose solution, but our supermarket shelves sell sodas and drinks sweetened with either cane or beet sugar (sucrose) or high fructose corn syrup (all glucose-fructose solutions) or artificial sweeteners. We need research that uses beverages and eating patterns that reflect reality.

There’s no question that people who regularly consume large amounts of sugary beverages may also have other unhealthy habits. It’s simplistic to assume that only the sugary beverages matter, and eliminating them will promote weight loss across the nation.

As this debate continues, consider your own health and eating habits, and watch your weight. Work on cutting back on all sugars, if you think you consume a large quantity, and consider what foods you should add to your diet, or change in your lifestyle, instead. Keep your diet enjoyable by trying something new, and not obsessing over the occasional splurge.