Poorly Designed Studies: Association is not Cause

Previous Next
Poorly Designed Studies: Association is not Cause 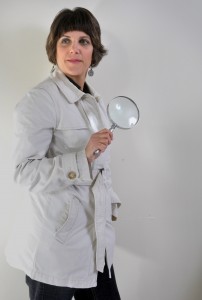 It’s just my nature to question things. Almost every single day you may read a health-related headline. Often times the headline may correlate a diet, food or ingredient to a health issue. But you may not realize that it’s a correlation, since the headline may mislead you into thinking it’s an absolute link.

In the nutrition science world, it’s vital to be careful of the terminology we use. While there may be good research showing a link between a food or nutrient and health and disease, this often can not be applied to all people of all races, genders, and ages. While our physiology is standard, humans are still very individual. This is why being evaluated by a registered dietitian who can fully analyze your individual diet and healthy history is the best way to get proper dietary advice. It’s common for qualified health professionals to use language such as “may cause” or “may be linked to”, with emphasis on the word “may”.

A recent news story that was reported widely on social media recently with a headline “Prenatal BPA exposure linked to child obesity”. The study was published in an environmental health journal. Even though the study had several limitations, and did not control for diet, obtain any dietary data, nor data about physical activity and pre-pregnancy or postpartum weight, the authors concluded a link to obesity with BPA exposure.

Huh? How can you design a study that draws a conclusion about obesity without at least monitoring and documenting dietary intake and physical activity? Well controlled dietary studies are difficult to do, but even self-reported diet intake is better than nothing.

This recent news is a perfect example of why you need to read beyond the headline and also consider finding the original study to review. In this particular study, 727 women, specifically of African American or Dominican who had resided in Northern Manhattan or the South Bronx for at least 1 year before pregnancy, were chosen for the study. They had to be nonsmokers, non drug users, and without diabetes or hypertension or known HIV, and were selected during their 3rd trimester of pregnancy. Urinary BPA concentrations were measured in both the mothers and children through the study. The only weight history recorded for the mothers was a self-reported weight history taken during the third trimester of pregnancy.

Is this a positive correlation? Sure, but not independent of several other uncontrolled variables (e.g. dietary data nor information about sedentary versus active lifestyles. remember – epidemiological studies can’t show causation).

The authors do admit this shortcoming:

“While our study was limited by the lack of dietary data during pregnancy and childhood, accurate dietary data are extremely difficult to acquire from young children given age-related development of language skills and recall ability. Dietary measures would also require quantification of BPA in food items, which was outside the scope of this study.”

Even getting some general dietary data from the children would have helped (did the mother breast or bottle feed, when was the child weaned to solid food, what beverages did the child consume most frequently from age 1-7? etc). The weight history and dietary history of the mother would be good information to have also.

Don’t use a headline to draw conclusions. If a headline leaves you scratching your head, read further. Correlation is not causation.