I am a big fan of breakfast, and I personally usually need to eat first thing in the morning. I’m sure you’ve heard that “breakfast is the most important meal of the day” Maybe it is, and maybe it isn’t. The important thing is – ensuring your teen gets the nutrition she needs through the day, no matter the time. 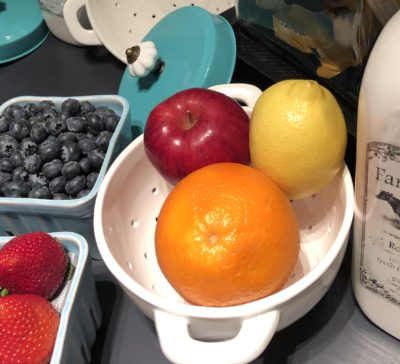 Not Everyone Loves Eating Early in the Morning

As my children grew, and became teenagers, their preferences changes. Two of the three of them were not in the mood for breakfast during the high school years, so they would just grab a glass of milk, smoothie, or cup of espresso, before heading out. They just weren’t hungry that early in the morning. On the weekends they’d be more interested in breakfast, when they slept in until late morning.

But what if you or your child just isn’t feeling it in the morning? It’s okay. Nobody should be forced to eat breakfast. What you can consider however, is either offering something to drink before school, or packing something to go. A piece of fruit along with a sandwich bag filled with cereal may hit the spot two hours into your morning. Or, your teen may welcome a simple glass of milk or chocolate milk, a piece of fruit, or a smoothie.

Breakfast is a great time to add grains to your diet. Grains contain carbohydrate and protein, but sometimes aren’t perceived correctly. When you hear a recommendation to “eat less sugar” (also a carbohydrate), this doesn’t mean “avoid all carbs”. Grain foods are the best source of fiber in the diet. Fiber helps regulate blood sugar, keeps you full, and can lower the “bad” LDL cholesterol in your blood. They carry a lot of important vitamins and minerals with them too.

Choosing whole grain bread or cereal (whole wheat, oats, bran) will provide more fiber, but it’s okay to choose refined grains occasionally too. Teenagers generally have high calorie needs, so it’s probably okay if they choose a higher sugar cereal on occasion, but encourage them to make healthier, lower sugar choices most often. They also benefit from the fiber of whole grains too (healthy bathroom breaks).

The beauty of cereal is that it’s always ready, and even a child as young as seven can serve it up on their own. It also tastes good and is nutritious.

Teenagers may think they don’t need to drink milk anymore, but they need as much now as they did when they were in 5th grade. Children aged 9 to 18 require 1300 milligrams of calcium a day. One 8-ounce glass of milk provides 305 milligrams (and 8 grams of protein).

A Note About Plant-based Milk

Your teenager may be interested in all of the new plant-based milk choices on the market. Be sure to let them know, that while many of them are lower in calories (and some are lower in sugars) plant-based milk do not always stack up nutritionally. They are generally fortified with calcium (read labels carefully) but unlike dairy milk, they aren’t a good source of protein.

Hopefully you feel confident that you’ve already set a good example about healthy eating habits and choices when your teens were young. Teenagers expressing their independence will express it with food too. The concerns at this point in their life are much bigger than whether they drank a soda or ate a sugary cereal.

Continue to encourage healthy eating by offering healthy snacks and meals at home. Let go of the little things. Encourage your teen to incorporate physical activity into his or her week too. Hang in there, and just keep setting a good example.

Looking for some easy breakfast or snack ideas? Try these: