I attended a food and nutrition conference in which Julie Miller Jones spoke about popular weight loss diets in a session sponsored by the Grain Foods Foundation, but the following thoughts and opinions are my own.

With the popularity of the “keto diet” fad and other low carbohydrate diets, grains are getting lost in the shuffle. Many people are avoiding grains for no good reason. Over the past several years, several books have shunned bread and other grain foods as the cause of obesity or diabetes. The truth is, while these books have some grains of truth in them, they are very misleading and base claims on poor scientific studies.

If you are a regular reader, you know I promote balance and realistic dietary goals. And, I’m a carb fan. Not only do carbohydrate foods provides lots of nutrients and energy, they make a diet delicious to eat. The recent news this week about low carb diets not being any more effective for weight loss than low fat diets, has people thinking. Maybe bread isn’t so bad after all? 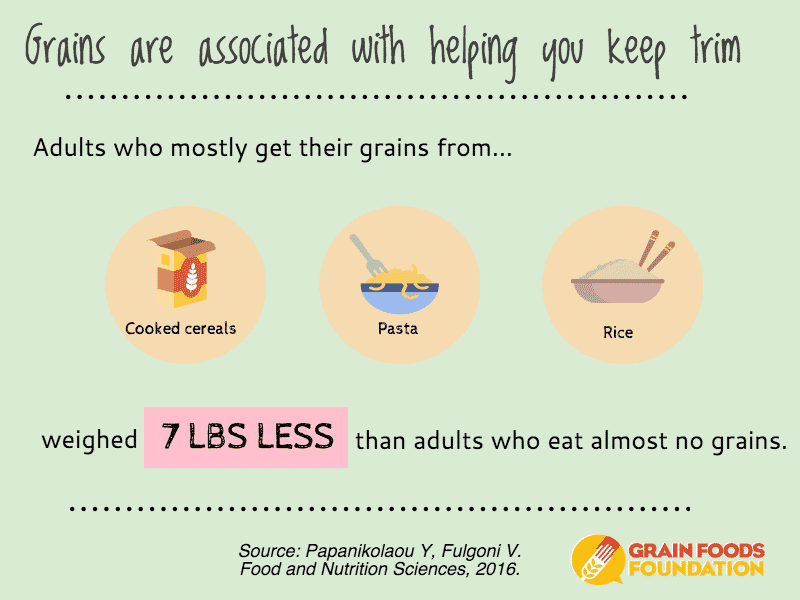 Julie Miller Jones is a board certified and Licensed Nutritionist and holds a bachelor of science degree from Iowa State University and a PhD in Home Economics/Food Science and Nutrition. She is Professor Emerita, Foods and Nutrition, St. Catherine University, and a Scientific Advisor to the Grains Foods Foundation. I recently had the chance to chat with Julie, and asked her these questions:

Q: How are diet books such as Whole 30, Wheat Belly, and Grain Brain misleading the public about carbohydrate foods?

My concern about these types of books, is the net result is stating “carbohydrates are bad” and cause all the health problems. As long as we do this we won’t address the whole problem. The issue isn’t about one particular food, it’s that we eat too much of one thing and not enough of another.

These books misleads the public. They do have some truth in them (correlating increased consumption with increases in weight) but they’re riddled with pseudoscience. This idea people are “addicted to wheat” is based on an in vitro experiment in 1979 using test tubes with foods treated with enzymes then placed on the opioid receptor of a frog. These books try to give their theses some academic rigor with these correlational studies that don’t actually prove anything.

Bottom line: Any diet that suggests abandoning an entire food group is unhealthy.

Q: What are the hard data about grain foods and weight loss?

We have data that shows when comparing groups who ate 200 grams of carbohydrate versus 260 grams, those who ate the least carbohydrate had the highest BMI. Those on both extremes don’t have healthy weights.

Q: Many consumers are eliminating (or restricting) bread from the diet. Is this justified?

We seem to want a scapegoat instead of identifying the real eating problems. When you eliminate this food group, you are missing out on important nutrients, and not getting adequate fiber into the diet. If you can lose 2 pounds a month you can lose 20 pounds in a year, which in the long run is going to be more sustainable.

Q: What does the evidence show about low carbohydrate diets and fiber intake?

The data is there that shows we need a variety of fibers. While we want people to include fruits and vegetables in their diets, they alone aren’t going to provide the variety of fibers our guts need. This is an issue with GI cancer risk. Fiber provides the fuel for the microorganisms in the bowel, and are broken down to produce short chain fatty acids. Consuming grains results in more short chain fatty acids (the result of fermentation of dietary fibers) supporting gut health with ‘good’ bacteria colonizing. 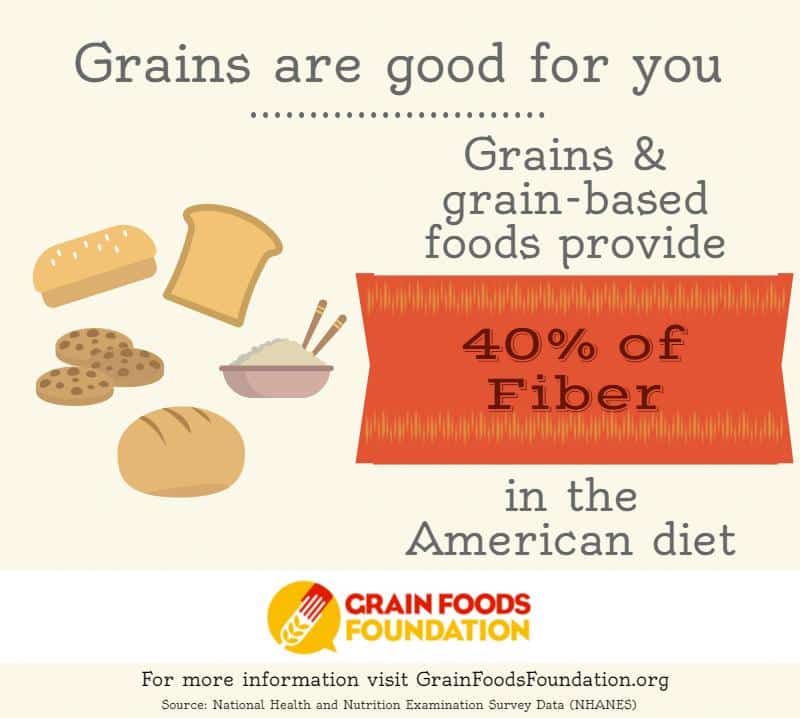 Q: What are your thoughts on the DASH Diet, Mediterranean, and Flexitarian diets?

I love these diets because they promote BALANCE, eating all foods in the right amounts. Mediterranean and Flexitarian diets are both reasonable. I love the DASH Diet, and we should be dashing to use it because it has so much data behind it. It’s perfect for the American lifestyle. It’s easy to maintain for the long haul.

Somehow though, we’ve not been able to make DASH readily transmittable to the general population.

Q: What about gluten? Is “today’s wheat” really different than the wheat flours used 30 or 40 years ago?

The gluten-free diet craze is really just another low carb diet. The University of Saskatchewan (1857 wheat), and Albany, and UK, track data on wheat at their Ag experiment stations. They’ve evaluated wheats in the seed bank for years and have grown them in controlled conditions. While there are slight variations with growing conditions, they don’t see a significant difference in the starch, protein, and carb of the grain.
William Davis has said “short straw wheat” is an issue. The genetics of length aren’t effecting the quality of the wheat kernel. And keep in mind, there is NO GENETICALLY MODIFIED WHEAT!

Norman Borlaug experimented with this short straw to avoid lodge, because the head is larger and straw is short. The head of wheat that “lodges” is heavy so it falls to the ground, and it’s more ideal to have more energy and soil nutrients to go to the wheat kernel rather than into the straw, so breeding a tall straw wheat is less efficient. Borlaug developed this wheat for countries such as India and Mexico. This advance shifted them from being importers of wheat to exporters of wheat.

The consensus on gluten is simply, if you don’t need to eliminate it, you shouldn’t.

Q: What are your thoughts on ketogenic diets (Keto)?

They can be used safely for short term weight loss needs (getting to a certain weight for a surgery, or other immediate needs). A few studies show that short term weight loss with ketogenic diet can improve diabetic control. These are also “therapeutic uses” not intended to be used without medical supervision. But this isn’t a safe and sustainable diet for the general population.

Our portions are often too big. It’s not the bagel, it’s the fact that a bagel in 2018 weighs two to three times what it did in 1980. Consumers need to understand that a balanced diet includes foods from a variety of food groups, but in the right amount. Eating the proper amount for health and weight control (or weight loss) is about the recognizing that your diet may not be balanced for carbohydrate, protein and fat.

It’s not the foods themselves, but the portion and balance of those foods across food groups, and how you balance your plate.