Food Allergy is no Laughing Matter, but Cartoons Should Be

Previous Next
Food Allergy is no Laughing Matter, but Cartoons Should Be

When my children were young, I read books to them daily. This was a time to relax and have fun, and sometimes have a teaching moment. The Peter Rabbit series, by Beatrix Potter, was a set that I read over and over. We had a book set that included a little plush Peter, and a ceramic watering can that I still use for spring decorating. 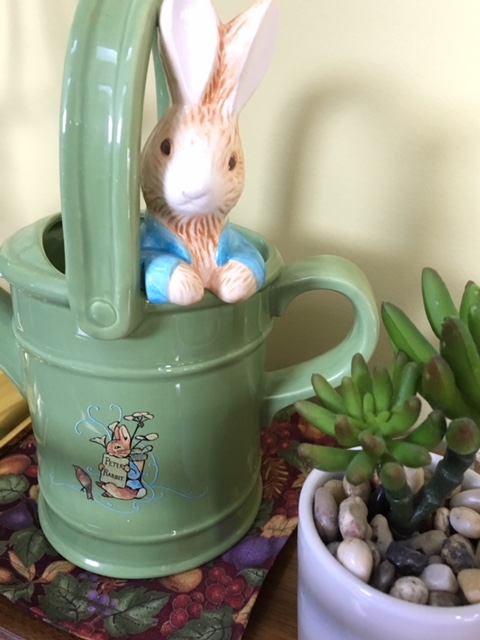 The Peter Rabbit movie just hit theaters this week. I loved the previews I saw, and am looking for seeing the film at some point (even though the film is not on my children’s list anymore). I was shocked to hear that there’s a scene in the film creating a huge fuss, where naughty Peter and his friends shoot blackberries at Mr. McGregor (a new neighbor with a big garden). Mr. McGregor in the film is apparently allergic to blackberries (not a common allergen) so the bunnies invent a scheme to do him in (so they can have free reign to his abundant, but overprotected, garden). Mr. McGregor has a severe anaphylactic reaction, which causes him to use his epi-pen in the film.

There’s no question that severe food allergy is no laughing matter, and that in some cases (even with an epi-pen nearby) can cause death.

The Asthma and Allergy Foundation has issued a warning about this movie, perhaps at the request of parental complaints. They caution parents raising children with food allergy that some scenes in the film may be disturbing for young viewers with food allergies. I reviewed some of comments on the AAFP’s Facebook page, and saw that some parents claim that the movie is not just poking fun at those with food allergies, but worse, downplaying the seriousness of some food allergies. Some parents feel that a student could “reenact” the actions of Peter Rabbit at school, and target an “allergy kid” by somehow giving him or her the allergen.

Cartoons VS The Real World

Movies are meant to entertain. I can see that this scene might be disturbing to a child with a severe allergy, who wasn’t prepared to see this in the movie. But, there are all kinds of movies that we choose see (or not) that have potentially sensitive content in them. There are many scenes or plots in animated films that could be viewed as disturbing. In the Lion King, Simba’s father dies at his own evil brother’s hand. Snow White “goes to sleep”after biting a poisoned apple, and is on her death bed. I had a Snow White book as a child, and I remember literally being afraid to turn the page where the evil witch showed up. But my parents helped me understand the difference between real and not real, while at the same time teaching me that there are evil witches (or villains) of sorts in the world.

While bunnies are real, and food allergies are real (in humans), the outcomes in real life, are not always as cartoons depict them.

As with any situation, it’s great to find the teaching moment. In this case, you might tell your child that bullying or playing pranks isn’t very nice. But it does happen in life. And some pranks can be funny, if they are not ill-intended and cause no real harm. You could also be sure your child understands that some people do have food allergies, but not all food allergies include anaphylactic (inability to breathe due to swollen airway) symptoms. Those who do, require special monitoring of their diet and surroundings.

The Facts and the Stats

I am not undermining the seriousness of food allergies here. I had childhood allergies myself (it’s one of the reasons I decided to study food and nutrition). I just want to put things into context. Food allergy affects about 4 to 6 percent of U.S. children.

Allergy occurs when the body’s immune system sees a substance as harmful and overreacts to it. Symptoms can vary, and range from hives (or other skin irritation), itchiness, watery eyes, runny nose. There may also be GI issues (stomach pain, diarrhea). A more severe reaction involves trouble breathing, or swelling of the mouth and throat, which can lead to a life-threatening situation. People may be allergic to drugs, foods, bugs, mold, plants, pets or pollen.

It’s also important to note that not all people who react to a certain food, have a food allergy. It may be a food intolerance or sensitivity.

A Rabbit with a Blue Jacket and No Pants

This animated film is a modern take on the classic storybooks. Peter was always getting into mischief and doing very naughty things. And in the original books, Mr. McGregor is essentially “the villain”. So in that context, the audience usually wants something bad to happen to the villain.

There are even some edgy descriptive scenes in the original Potter stories. Mrs. Rabbit (Peter’s widowed mother) warns her bunnies early on that they are to stay away from Mr. McGregor’s garden because  “your Father had an accident there; he was put in a pie by Mrs. McGregor”.

Well, that’s a scary thought isn’t it? But we shouldn’t’ be worried that daddy will be made into pie should we?

I wonder how the Brits are reacting to the movie boycott over this issue? The Brits have a great (and sometimes crass) sense of humor and make light (or you could say make fun) of just about everything. In my life, laughter is good medicine, and almost everything we laugh at is at someone or something’s expense. This doesn’t mean we are insensitive, it means we need to laugh to keep real life in check.

Laughing at the scenes in the Peter Rabbit movie (including when the hedgehog, Mrs. Tiggy-Winkle, is almost electrocuted) is okay in my mind. Laughing at real-life tragedies is not. I’ve taught my sons to treat all people with kindness and respect. Through at some points in life, every child is challenged to do this (peer pressure, insecurities, etc), so we keep reminding.

Be sure to let your children know that some people do have severe allergies in real life, and probably have a medical plan in place for when or if they occur. And, that it would be very wrong to do what Peter does in this movie. Help your children understand the difference between the movies, and real life, and use movies and books as teaching moments.