Growing up in Pittsburgh, we often went to the St. Patrick’s Day parade. My godfather was a city detective, and while he was Italian, his wife was Irish, and I always enjoyed celebrating St. Paddy’s Day with them. Of course he would cook spaghetti at the post-parade social after the parade, but we all wore green and celebrated the Irish!

I still love embracing every culture’s “day” by celebrating with food. When I moved to a small town years ago, the tradition changed to a tiny parade on the Saturday around March 17th, and a stop at a local pub for a corned beef sandwich and a Guinness.

Another pub served stuffed boxty (a potato pancake folded over some yummy sandwich stuffings). Or, we might enjoy some corned beef or a reuben sandwich at home (even if it’s questionable how “Irish” corned beef may be), and if there was a gathering to go to, I’d make colcannon (mashed potatoes with cabbage) or Shepard’s Pie.

This year is not the usual – still no parades or pub gatherings. However you can still cook up a simple snack, Irish meal, or sandwich at home to celebrate. Now that I’m living in the Sunshine State, I’m cooking up these little potato bites for a small, outdoor, golf league gathering.

These can be made ahead (and can be frozen). You can even get creative with the filling, depending on your preferences, or create different fillings depending on the season. Enjoy! 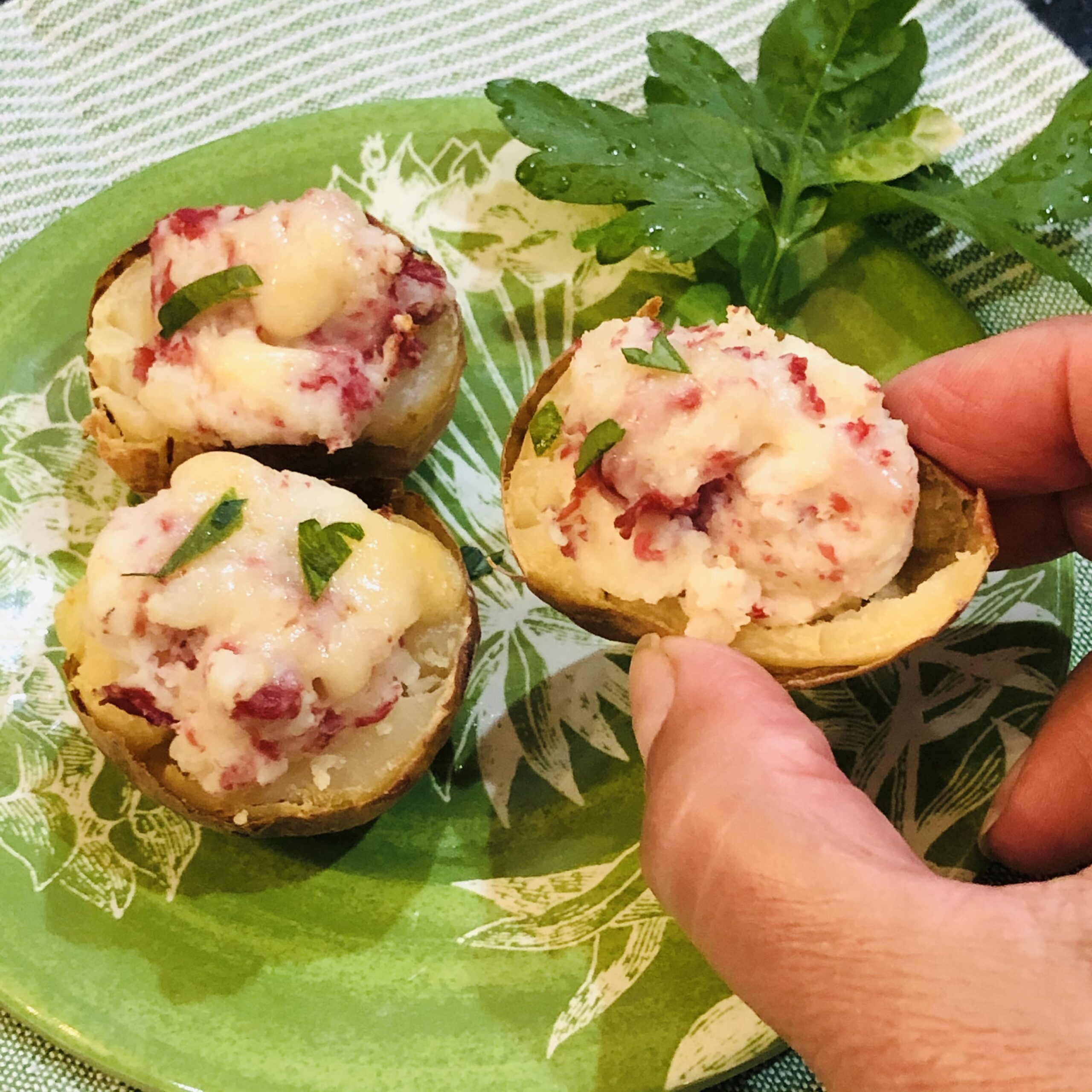 Print
No ratings yet

These little stuffed red potatoes make a great appetizer. They are low in saturated fat, high in potassium and vitamin C, and a source of fiber. You can make them ahead and freeze them before the second baking.
Course Appetizer
Author Rosanne Rust MS RDN, www.rustnutrition.com

At Step 6, you can freeze the potatoes before putting them back into the oven. Carefully place the potatoes into a zippered freezer bag and freeze up to 3 months. When ready to serve, place the frozen potatoes onto a baking sheet. Bake in a 400 degree oven for 20 minutes or until golden.
By |2021-03-17T15:06:17-04:00March 17th, 2021|Easy Cooking, Family, Family meals, Food Trends, Healthy Aging, Heart Disease, Recipe, Weight Management, Wellness|Comments Off on Stuffed Mini Potato Bites