Caffeine and Your Beverages

Previous Next
Caffeine and Your Beverages

If you follow my social media posts, you’ve probably noticed that I love coffee. I grew up in a household of coffee drinkers, so that wonderful smell of coffee brewing in the morning is a familiar and comforting aroma. I started drinking coffee with milk when I was probably about 12 years old. I’d dunk my slice of toast in it before I left for school. 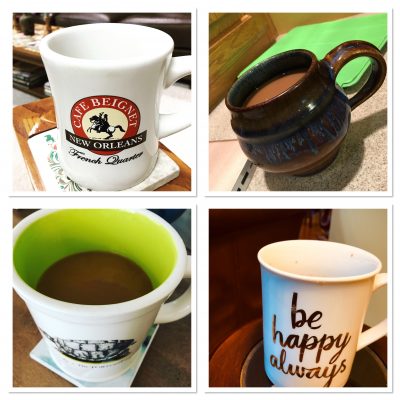 Caffeine is a naturally occurring compound found in coffee beans, tea leaves, cacao seeds, and cola nut seeds. Coffee and tea are where people traditionally got their caffeine fix, but there are many options. Coffeeshops offer sweeter coffee drinks, chai drinks and iced coffee drinks. Beverage companies provide caffeinated drinks also, even beyond the typical cola, such as energy drinks (caffeine does not provide “energy” but rather an extra boost in focus or alertness). You’ll also sometimes find caffeine added to some over the counter cold or pain medicine.

Caffeine is a natural stimulant. According to a recent study, college students consume about 173 milligrams of caffeine daily. This is a moderate intake.

Moderate amounts of caffeine present no major health issues. Some research even suggests coffee may have a protective benefit for the heart, and may even reduce the risk of some cancers. A recent review reported that regular coffee intake (2-4 cups a day) may reduce overall mortality. 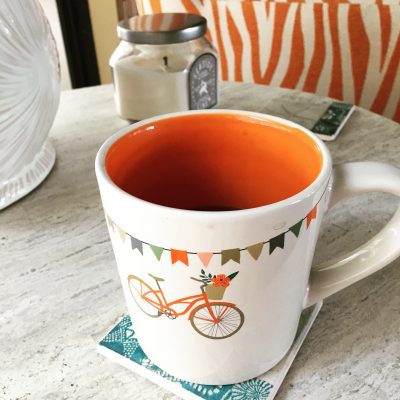 Higher amounts of caffeine, however, can have adverse effects. Consuming 400 milligrams or more a day can result in a fast heartbeat, anxiety, jitters, or sleep problems. Pregnant women should also be mindful of their caffeine intake, and keep it to under 200 milligrams daily. Some research has shown too much caffeine may result in low birth weight.

People seem to respond to caffeine differently. It is a psychoactive substance with stimulant properties. Many are drawn to caffeinated beverages because they experience alertness and improved focus. Some people are more sensitive to it than others, however. Research suggests that some people metabolize it more quickly than others. This could explain why a cup of regular coffee will keep one person up all night, and cause no sleep disturbance in another. Caffeine metabolism is also slower in children – so young children should avoid it.

How Much Caffeine is in Your Drink?

Here is a list of milligrams of caffeine in some common caffeinated beverages. Keep in mind that a caffeine intake to 200-300 milligrams a day would be considered “moderate consumption”.