Common Sense Goes Back to School

Previous Next
Common Sense Goes Back to School

Is fear guiding your food choices? Whether it is an environmental issue, a political topic, or the safety of our food supply, fear-mongering has become a common technique used to sway you into believing one side of a story. Usually it’s done by sharing some facts either out of context, or without full background. 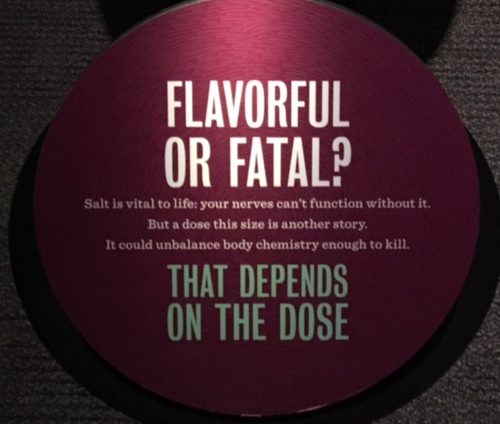 Much of the worry about chemicals used in food processing, or chemical residues that may occur within our living environment, is viewed without consideration for the amount of exposure, nor the safeguards already in place. There is no possible way we can live in our modern society without exposure to chemicals in the air, water, or soil. 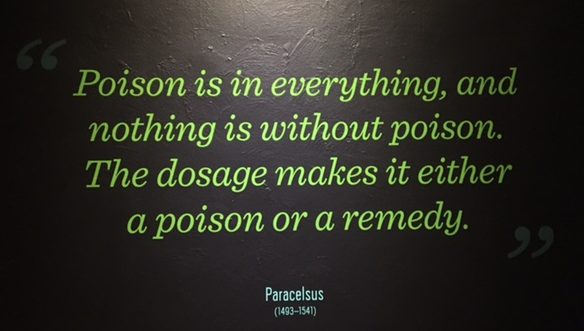 When I was in grad school, I had to take a toxicology class. It was a fascinating class, and helped put in perspective the basic toxicology principle of “The dose makes the poison”, and how it applies to almost any chemical substance in our environment.

How to Spot a Fear-Monger

There’s been a lot of news of late about the issue of pesticide residue in our food supply, and the headlines are generally created to worry you. As you read the headlines about food or nutrition, there are a few questions you may ask yourself:

Recent News about Pesticides in Cereals

A lot of Americans enjoy cereal for breakfast. The Environmental Working Group (EWG) recently published a misguided report suggesting that your morning cereal could contain pesticide residue. The EWG is an organization that is expert in using the fear-mongering technique. They want to live in a world where all farms are small and organic, and where households only use vinegar as a cleaning agent. They also perpetuate a lot of myths about cancer, lifestyle and diet and offer misguided advice about pesticide risk in produce, and mercury levels in seafood.

While the EWG has criticized the USDA Dietary Guidelines for Americans for being “influenced by the food industry”, the EWG itself has clear ties to the organic food industry (they collaborate closely with the Organic Voices Action Fund, which represents organic brands including Stonyfield®, Earthbound Farm®, Organic Valley®, Nature’s Path® and Annie’s®). Kinda hypocritical no?

The latest EWG report titled “Breakfast with a dose of Round-up” is a prime example of how to use fear to make your case or sway your audience. Despite the fact that their report contained residue samples from 21 food products, they chose to highlight the products from “Big Food” companies – General Mills®, Quaker® (PespsiCo®) and Kellogg’s® – in their headlines and “call to action” (even though other brands such as Bob’s Red Mill®, Back to Nature® and Great Value® were also reviewed). Worse, they used the popular brand Cheerios® as their poster child for this misguided report, seemingly intentionally to scare mothers of young children.

The EWG tends to use their own science, and in this case, the state of California’s guidelines, about pesticides. So let’s look at some facts. 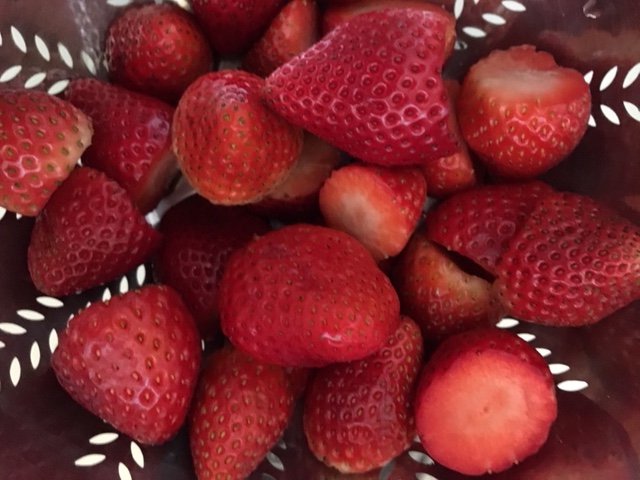 This is where common sense comes in. The dose makes the poison – the presence of a “potentially toxic” substance does not equal “toxicity”. When healthy foods are taken off the table, family nutrition is going to suffer. Whole grain foods such as oat cereals, provide fiber and important nutrients to the diet. Fresh produce is also an important part of a healthy diet. Both are important to heart health. The EWG instills fear leading some consumers to not purchase these healthy food items. I encourage you to use The Alliance of Safe Food and Farming calculator and guidelines to you can enjoy adding more produce in your weekly grocery cart. In regard to enjoying grain foods, the Whole Grain Council is an excellent resource for facts.