Previous Next
Gaming for Nutrition

I caught up with Melissa Halas-Liang, mom, dietitian and founder of the popular children’s nutrition site SuperKidsNutrition.com to ask her about her new free app, FoodLeap and her thoughts on helping kids eat healthier.

Can you share with my readers, the new research on incentivizing healthy food choices and also discuss using foods as rewards.

Well, you definitely don’t want to reward good behavior in general with unhealthful food choices. For example, giving a donut to your child if they make it through church quietly isn’t going to make them want to eat vegetables. In fact, it teaches children to treat junk food like gold. When you offer a food as a reward, children begin to believe that food holds special value. So the donut, for example becomes excessively glorified. It teaches that junk food is more important than healthy food. It’s also confusing because it’s saying, “do something good, like behave, and I’ll give you something bad for your body.” These foods should be enjoyed separate from behavior and not consumed everyday.

Parents who struggle with picky eaters often hear that if they offer healthy foods, avoid using pressure tactics, and act as positive role models, their kids will eventually eat their veggies. But what happens when this doesn’t work?

We’re starting to see that rewarding healthy food choices with small prizes or praise results in kids trying and accepting new healthy foods, in effect incentivizing good habits in kids. One new study found that when parents offered their kids the same fruit or vegetable on several occasions and gave them a small, tangible reward for tasting it, the kids consumed more of the new food and were more likely to learn to like it. Another study found really good results in fruit and veggie intakes among kids when parents, schools, and supermarkets offered fruits and vegetables in a more fun and visually appealing way.

Eating out gets a bad rap? How can parents give their kids nutritious meals if they’re eating out?

While that’s the common belief that homemade meals are best, you actually can feed your child healthy foods at restaurants. In fact, some of the menu options provided by restaurants participating in the National Restaurant Association’s Kids LiveWell program may even prove to be more nutritious than homemade meals! It all depends on what choices you make at restaurants.

To get your kids interested in making healthy choices when dining out, try the new fun and FREE app, FoodLeap available on iphone and ipad. In the game, Super Baby Abigail leaps and bounds through the different colored levels of Rainbow Road, catching and collecting healthful, colorful foods while outsmarting hostile kitchenware (tea cups, tongs, spoons). Each healthful food gives a dose of antioxidant power to boost Abigail’s speed, so she can leap over or fly through the obstacles, moving faster to the next level. As she completes each level of Rainbow Road, she unlocks fun and tasty facts about the foods that she’s captured. 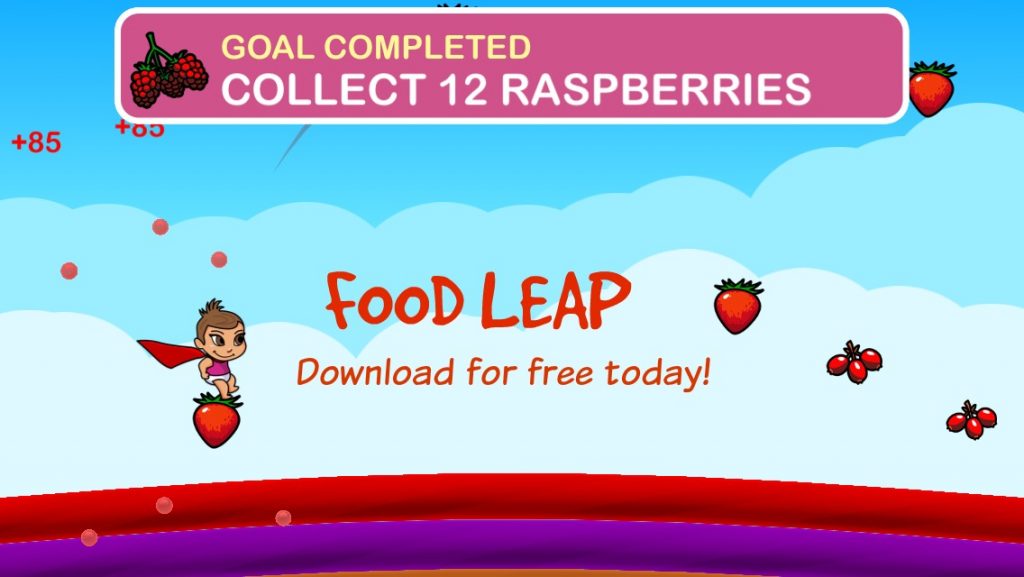 Just like reading books can bring up conversation on important topics, games can do the same. After you play Food Leap, you can engage in conversations about your favorite ways to you enjoy the healthy foods featured in the game. FoodLeap also links to the free Kids LiveWell app, which helps you locate a restaurant that offers healthy kids choices. 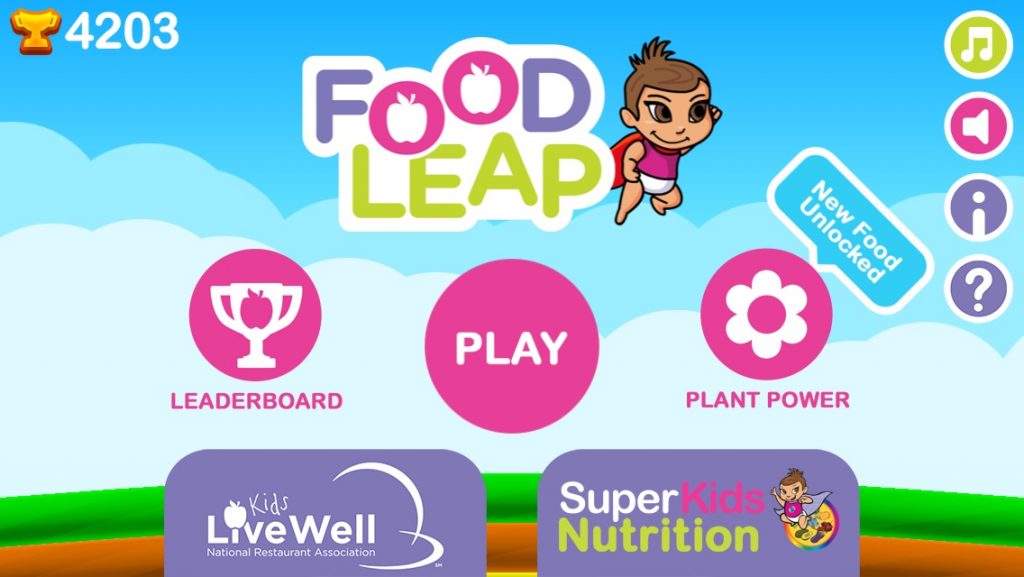 How do you combat society’s constant lure towards junk and living an unhealthy lifestyle?

First, be committed to the change you want to see in the world. These words are famous for a reason! You have to demand quality foods as a consumer—if you show a demand, restaurants and the industry will respond.  You’re going against the grain by doing this, and it may not be easy. 60% of overweight 5-10 year olds already have 1 precursor to heart disease—we clearly need to change how we eat as a nation.  By giving in and fitting in, you’re not saying “yes” to health. So step out of your comfort zone and really be an advocate for your health. And as a consumer, always watch out for: