Will New Junk Foods Will Have a Health Halo in the School Cafeteria?

Previous Next
Will New Junk Foods Will Have a Health Halo in the School Cafeteria?

A recent news story covered changes in school food service to improve public health and the health of our children. Partly spurred by the Let’s Move campaign and our nation’s focus on childhood obesity, school districts are making changes to attempt to offer healthier snack foods to our children. Last year, new school lunch guidelines were implemented adding more fruits and vegetable choices, this year the focus is changing a la carte choices.

The buzzword is “Smart Snacks”, but are granola bars and flavored no-calorie water really the final answer? The older I get, the more I think not. I’ve been evaluating diets and counseling humans about nutrition and eating for 27 years, and we aren’t going to get them to stop eating cupcakes or fried chicken, nor do we have to.

Here are some anecdotal observations – I’m still raising three children, two of whom are teens, none of whom are overweight. I provide healthy food in the house, along with some salty junk food and sweet treats. Why? Because it’s okay to enjoy a treat once in a while, and they’ve been taught moderation, and also to value good, healthy food.

As children of the 1960s and 1970s, we had some a la carte snack choices in our lunchrooms, which generally included snack crackers, snack cakes, and ice cream, but these choices weren’t available until the high school years, when kids should be burning through calories. Certainly some kids have a normal tendency to be chubbier, but are a la carte choices to blame? Sometimes it’s nature, other times it’s plain and simple: you eat too much.

I’m pleased that the government is finally recognizing “competitive foods” in schools (I served on a children’s nutrition committee from 2000-2003 where inadequate calcium intake was at issue, and “competitive foods” were identified and discussed. These foods remained in schools including other beverages less nutritious than milk), but is replacing one packaged snack with another a good idea? And should secondary schools have the same rules as elementary schools?

Blame the “Dumb Snacks”: Chips, the Soda and the Cupcakes

Our society seems to want to find blame and remove the culprit from the environment (large sugary drinks, sandwich cookies) as a solution to the obesity problem, instead of addressing the behaviors that lead to these choices. Take away the chips and cupcakes, and it looks like we are doing something to address the epidemic.

There is an elephant in the room: Lack of nutrition education. Not food choice, but education. It’s not always the “what” but the “why” that gets people to change. In the 1960s, mothers and grandmothers may have been doing all of the nutrition education a child needed, but today this may not be happening. There is a plethora of misinformation, and many mothers and fathers today had neither the knowledge nor the cooking skills passed down to them by their own parents, so they can’t pass good habits along to their kids.

Positive Peer Pressure: Healthy Eating is Cool and Being Healthy is More Fun

There’s more reason to choose to eat healthy food than just weight control. Foods like fruits and vegetables are particularly good at keeping our bodies healthy. Understanding that fresh, whole food should be the included in meals, and that packaged foods can be enjoyed on occasion, is a key message.

Whether one “unhealthy snack” (let’s say 1-ounce bag of potato chips) is healthier than a “smart snack” (light popcorn), or a packaged granola bar is more healthy than a small cupcake, isn’t the point. The potato chips aren’t the problem, but rather how many and how often they’re eaten. You probably don’t need the granola bar either, but instead should have an apple or a veggie with your meal. I’ll bet that if you ask children or teens this question: “Which is healthier, the potato chips or the apple?” they will answer “The apple”. They know. So this brings up another question: “Why don’t we ask them how to make these change within their own school environments?” Better yet, we could ask them to enforce them. Ever hear of peer pressure? It can be a positive influence too.

To get buy-in from the students, involve them. It’s fine to identify a nutrition profile for calories, fat, sugar and sodium, and use those guidelines to make better choices, but you have to also understand how you can consume those “less healthy” snacks as well, so allow the students to participate in the process. I really don’t want kids walking away from a packaged cupcake and simply thinking “Bad”. This caveman mentality won’t get us anywhere. A 12-ounce can of soda does not cause childhood obesity any more than a 2-pack of cupcakes will. They can and should be limited, but it’s unrealistic for most people to completely eliminate them from their diet (although on the beverage front, I do believe there is no reason for sodas, juice or sports drinks to be sold in schools. Milk should be the focus, and water should be available). 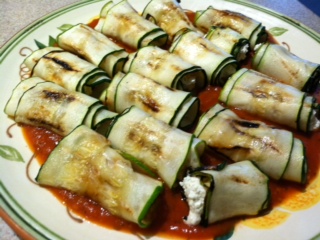 It’s Not Just About Choice, but Values

We need to somehow change how healthy food is valued. Nutritious foods from the basic food groups should be valued. Children and adults need to embrace the concept that food has a direct affect on our health, and eating more of it in its closer-to-nature-form positively impacts our bodies.

Talk to school administrators or your local representatives about forming student nutrition education committees and getting more nutrition education (not just healthy food) into the school curriculum. Many of these materials are free. The principles of balanced eating need to be reinforced across the board at schools – during lunch time, in the reading curriculum, in math books, and in health class. You can also educate yourself by finding out if your health insurance carrier covers any nutrition visits with a dietitian. Make an appointment, ask questions and make real changes.