Doing The Math: Too Much Food = Weight Problems

Previous Next
Doing The Math: Too Much Food = Weight Problems

I recently read, with interest, an article about how mathematicians are becoming involved in obesity research, hoping to find answers to our nation’s public health problem. Carson Chow is an investigator at the National Institute of Diabetes and Digestive and Kidney Diseases, and a mathematician and physicist.

He concludes that our obesity problem is simply a supply issue. Since the 1970s our food supply has not just changed, but it has grown so much that the excess food can only result in over-consumption. This completely makes sense, but hasn’t received much, if any, media press – food manufacturers certainly don’t want to hear it, and the average American doesn’t want to either.

Chow uses math and physics, rather than human physiology to make his point. His conclusions include ideas about how the body, in its aim to 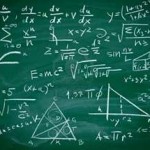 maintain equilibrium, will take a long time to reshape itself (the reason it may take up to one to two years for anyone trying to reduce caloric intake to actually see weight loss). He also suggests that the old idea of a reduction of 3500 kilocalories resulting in one pound of weight loss, is false. Obese and lean people manage calories differently and body composition has an impact on this.

One thing for sure: The obesity crisis we face, particularly for children today, will hopefully spawn more interdisciplinary out-of-the-box research such as Dr. Chow and colleagues are performing. I’ll look forward to reading more about the math of metabolism.